A JOURNEY IN KOS 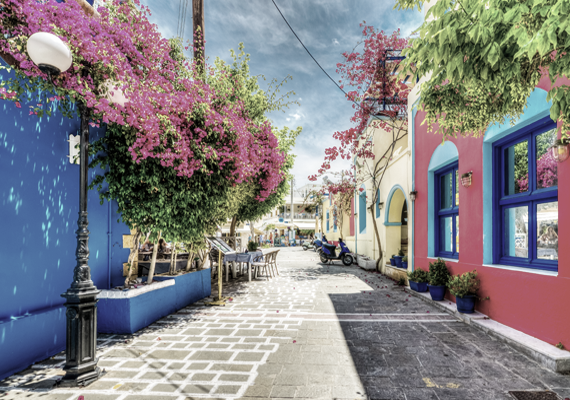 about kos
Kos is the third largest island of the Dodecanese only narrowly surpassed by Karpathos ,and second largest in terms of population (35.000),overshadowed by Rhodes. Its relatively modest size credentials allow for an unusual (for a Greek isle) scope of activities and events to be at the disposal of the knowing and most importantly willing visitor during his stay.

From the mythological era of Hercules and King Charmilos and the Hellenistic era of Asclepius, the ancient stadium, the ancient agora and the ancient theater, until the present day with the modern infrastructures and residential development, a number of monuments and residues, evidenced in various cultures that have shaped the history and local tradition.

Dozens are the monuments that exist until today, from the Roman Empire where Kos continued its growth, mainly a number of significant statues, the Roman Odeon and the Roman House, from the Byzantine Empire, with the Christian church of St. John being the most significant, but also from the period of the Crusades and the Venetian conquerors the castles of the city of Neratzia, the castle Antimachia, the Castle of Kefalos and the castle of old Pyli. From the Ottoman monuments, the old city of Kos and the mosques throughout the city stand apart, while the modern buildings of the Italian period with the Italian architecture and the infrastructure that exist until today.​​

But the most striking point where visitors can see the remains of all cultures gathered in one place is at the center of Kos, at Platia Eleytherias square.
Kos is already present in Greek mythology. In the myth of Gigantomachy, someone finds out that the fight the broke out among the gods of Olympus and the Giants took place in the island of Kos. There, god Neptune approaches the Giant named Polybotis, picks up a part of Helona beach at throws it on Polybotis, crushing him with it.
Kos is also connected with the labors of Hercules, whom, according to the legend , was shipwrecked along with a few companions on the northern beaches of Kos , somewhere in the region of Atsas. In historical times Hercules was worshiped on the island of Kos like no one else , as evidenced by the remains of magnificent temples in the city and by anecdotal details such as the name of municipality ofAntimachidon (Antimachia) taken from the name of the Son of Hercules, Antimachos.

Kos is the island of the bicycle

The bicycle path of Kos starts from Faros beach and extends to the end of the beach of Psalidi, a distance of about 13 km ( ! ) . With many side roads, some of which lead into the city of Kos, one can go wherever he wants, just by having a bike. The locals that prefer this means of transportation to go to work, the beach, the cafeteria or just a stroll in the beautiful city are a lot.​

Beyond routes in the city of Kos , there are many more, mountainous , with dirt road, overlooking the nature in one side and the panoramic view of the island of Kos on the other , and other with paved road but with limited traffic, that can lead to beaches and villages , just like the one that starts from the town of Kos, crosses Tigkaki and reaches the village of Marmari and its beautiful beaches.

On the island there are dozens bike rental shops, with bikes for all tastes and ages - from road bikes to mountain bikes and tandem ( for two riders ) . It is advisable to ask for the necessary equipment, such as helmets and gloves.

The islanders are familiar with the bicycle riders, but it always necessary to pay attention in driving, signaling and traffic lights. Cyclists should comply with the priority signs and keep the necessary distance from all vehicles.

20 minutes from Bodrum is all it takes to be here, on this fascinating island.

The port of Kos is connected with the ports of Piraeus, Rhodes, Symi, Patmos, Leros and Kalymnos. The trip from Piraeus lasts approximately 12 hours and there are daily departures. Kos is also connected to the neighboring port of Bodrum in Turkey, with islands in the Cyclades, with Thessaloniki, Chios and Mytilene, especially during the summer months. On this portal you may find information on regular ferry schedules as well as a live map of ship traffic in the area of Kos. ​​ The Hippocrates International Airport of Kos (KGS) is connected with various Greek airports via flights by Aegean Airlines and Olympic Air. The airport is 27 kilometers away from the city of Kos, quite close to Antimachia. During the summer season there are three daily flights from Athens to Kos. Flight duration is approximately 50 minutes. During the same period, chartered flights from virtually all over Europe land in the airport. On kos.gr you may find regular flight schedules as well real time information on arrivals and departures to and from the airport. 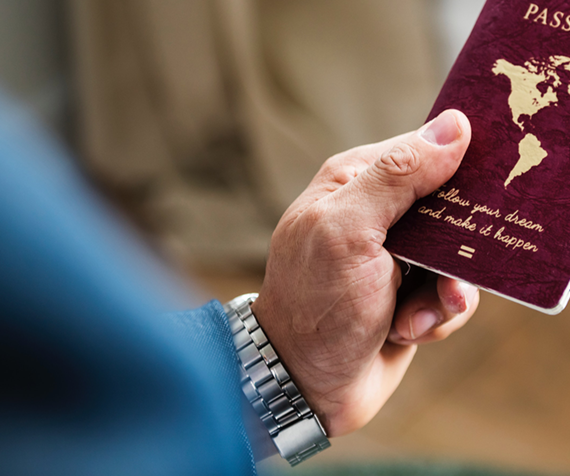 At VOLAKA LUXURY we offer tax-free service for your purchases. Our experienced team will fill in all the necessary documents you will need for your tax-free privilege. You just need to submit your passport (non-EU residents) and we will guide you how to get your tax-free return easily, without any delay!